The municipality of Zermatt, in cooperation with Bitcoin Suisse, announced that it will accept Bitcoin as a means of payment for local taxes and official transactions with immediate effect.

A point-of-sale solution provided by Bitcoin Suisse has been installed in the Zermatt town hall, so that fees for services from local authorities can be paid in Bitcoin. After the local authorities in the city of Zug, Zermatt is now the next Swiss municipality to accept the cryptocurrency as official means of payment.

Bitcoin Suisse, which is based in Zug, is the oldest and largest crypto financial services company in Switzerland. Bitcoin Suisse is delighted to be supporting the municipality of Zermatt, one of Switzerland’s most popular tourist resorts, with its integrated solution for accepting Bitcoin crypto payments. In addition to having access to a point-of-sale device in the Zermatt town hall, taxpayers will also be able to pay their taxes ata communal level using Bitcoin.

After applying directly to the Zermatt Tax Office for a crypto payment solution, taxpayers will be able to access the online payment portal via an e-mail link and transfer bitcoins directly from their own crypto wallet. Bitcoin Suisse exchanges the bitcoins into Swiss francs and transfers the amount in CHF to the municipality’s bank account.

Zug was the first city in Switzerland to accept Bitcoin payments in 2016. Now Zermatt is applying the same pioneering spirit and, supported by Bitcoin Suisse, is driving forward the introduction of cryptocurrencies at a municipal level in Switzerland. 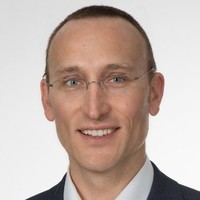 “By accepting Bitcoin as a means of payment, Zermatt finds itself once more among the pioneers and supporting a growing ecosystem of cryptocurrencies”.

This development, which echoes the recently announced partnership between Bitcoin Suisse and Worldline / SIX Payment Services, is a sign that cryptocurrencies are becoming more and more common in everyday life. The combined push, both at the local and national level, demonstrates the solid collaboration between the public and private sectors in the expanding crypto-financial services industry. 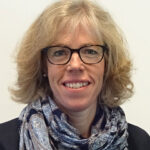 “An innovative, pioneering spirit is one of the trademarks of Zermatt, which is why we are happy to support residents in providing them with the solutions they require”.

All credits to the original source in the link below: